Insulin a naturally occurring hormone secreted by the pancreas. 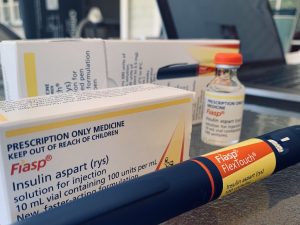 Insulin a naturally occurring hormone – Many people with diabetes are prescribed insulin, either because their bodies do not produce insulin (type 1 diabetes) or do not use insulin properly (type 2 diabetes).

There are more than 20 types of insulin sold in the United States. These insulin’s differ in how they are made, how they work in the body, and how much they cost. Your doctor will help you find the right type of insulin for your health needs and your lifestyle. 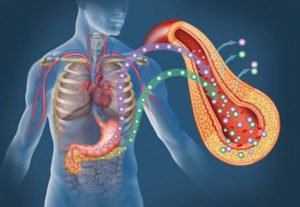 Inside the pancreas, beta cells make the hormone insulin. With each meal, beta cells release insulin to help the body use or store the blood glucose it gets from food. In people with type 1 diabetes, the pancreas no longer makes insulin. The beta cells have been destroyed and they need insulin shots to use glucose from meals. People with type 2 diabetes make insulin, but their bodies don’t respond well to it. Some people with type 2 diabetes need diabetes pills or insulin shots to help their bodies use glucose for energy. Insulin cannot be taken as a pill because it would be broken down during digestion just like the protein in food. It must be injected into the fat under your skin for it to get into your blood.
Types of Insulin Rapid-acting insulin, such as insulin lispro (Eli Lilly), insulin aspart (Novo Nordisk), or insulin glulisine (sanofi-aventis), begins to work about 5 minutes after injection, peaks in about 1 hour, and continues to work for 2 to 4 hours.

Intermediate-acting insulin (human) generally reaches the bloodstream about 2 to 4 hours after injection, peaks 4 to 12 hours later, and is effective for about 12 to 18 hours.

Long-acting insulin (ultralente) reaches the bloodstream 6 to 10 hours after injection and is usually effective for 20 to 24 hours.

There are also two long-acting insulin analogues: glargine and detemir. They both tend to lower glucose levels fairly evenly over a 24-hour period with less of a peak of action than ultralente.

Premixed insulin can be helpful for people who have trouble drawing up insulin out of two bottles and reading the correct directions and dosages. It is also useful for those who have poor eyesight or dexterity and is convenient for people whose diabetes has been stabilized on this combination.

All insulin’s have added ingredients. These prevent bacteria from growing and help maintain a neutral balance between acids and bases. In addition, intermediate and long-acting insulin’s also contain ingredients that prolong their actions. In some rare cases, the additives can bring on an allergic reaction.

For many years, the insulin used by people with diabetes was produced from the pancreases of pigs and cows. Synthetic human insulin derived from genetically engineered bacteria first became available in the 1980s, and now all insulin available in the United States is manufactured in a laboratory. Although the development of synthetic human insulin was a boon for most people, especially those who were allergic to the animal insulin’s, a few people find that they can manage their diabetes better using animal insulin’s.