By The Diabetic Friend|Deabetic Health Risks, Women and Diabetes| 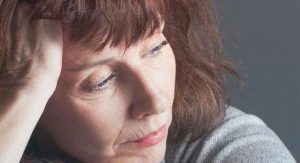 Diabetes, Difficulties, and Women. Diabetes can cause difficulties during pregnancy such as a miscarriage or a baby born with birth defects. Women with diabetes are also more likely to have a heart attack, and at a younger age, then women without diabetes.

Many women also face additional stresses, such as responsibilities both at work and home, single parenthood, and caring for children and for aging parents.
Previous studies have shown individuals who are insulin-resistant may have higher serotonin concentrations and may be more prone to depression and even suicide. Furthermore, women with diabetes may be more likely to suffer depression because of the clinical diagnosis. For more information please visit The American Diabetes Association.

The pressure to be thin can feel overbearing in our society. Eating disorders are common among women and girls in the general population. Research suggests that eating disorders are probably more common among women with diabetes than those who do not have diabetes. However, those with type 1 are twice as likely to suffer from disordered eating patterns. There is no data on eating disorders in men and boys with type 1 diabetes. However, disordered eating does occur among men and boys in the general population, so don’t ignore the warning signs.