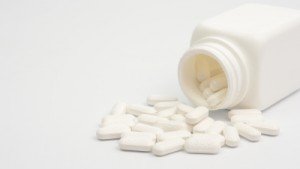 Sulfonylureas stimulate the beta cells of the pancreas to release more insulin. Sulfonylurea drugs have been in use since the 1950s. Chlorpropamide (Diabinese) is the only first-generation sulfonylurea still in use today. The second generation sulfonylureas are used in smaller doses than the first-generation drugs. There are three second-generation drugs: glipizide (Glucotrol and Glucotrol XL), glyburide (Micronase, Glynase, and Diabeta), and glimepiride (Amaryl). These drugs are generally taken one to two times a day, before meals. All sulfonylurea drugs have similar effects on blood glucose levels, but they differ in side effects, how often they are taken, and interactions with other drugs.

Meglitinides are oral diabetes medications; drugs that also stimulate the beta cells to release insulin. Repaglinide (Prandin) and nateglinide (Starlix) are meglitinides. They are taken before each of three meals.

Because sulfonylureas and meglitinides stimulate the release of insulin, it is possible to have hypoglycemia (low blood glucose levels).

You should know that alcohol and some diabetes pills may not mix. Occasionally, chlorpropamide, and other sulfonylureas, can interact with alcohol to cause vomiting, flushing, or sickness. Ask your doctor if you are concerned about any of these side effects.

Metformin (Glucophage) is a biguanide. Biguanides lower blood glucose levels primarily by decreasing the amount of glucose produced by the liver. Metformin also helps to lower blood glucose levels by making muscle tissue more sensitive to insulin so glucose can be absorbed. It is usually taken two times a day. A side effect of metformin may be diarrhea, but this is improved when the drug is taken with food.

Rosiglitazone (Avandia) and pioglitazone (ACTOS) are in a group of drugs called thiazolidinediones. These drugs help insulin work better in the muscle and fat and also reduce glucose production in the liver. The first drug in this group, troglitazone (Rezulin), was removed from the market because it caused serious liver problems in a small number of people. So far rosiglitazone and pioglitazone have not shown the same problems, but users are still monitored closely for liver problems as a precaution. Both drugs appear to increase the risk for heart failure in some individuals, and there is debate about whether rosiglitazone may contribute to an increased risk for heart attacks. Both drugs are effective at reducing A1C and generally have few side effects.

Acarbose (Precose) and meglitol (Glyset) are alpha-glucosidase inhibitors. These drugs help the body to lower blood glucose levels by blocking the breakdown of starches, such as bread, potatoes, and pasta in the intestine. They also slow the breakdown of some sugars, such as table sugar. Their action slows the rise in blood glucose levels after a meal. They should be taken with the first bite of a meal. These drugs may have side effects, including gas and diarrhea.

A new class of medications called DPP-4 inhibitors help improve A1C without causing hypoglycemia. They work by by preventing the breakdown of a naturally occuring compound in the body, GLP-1. GLP-1 reduces blood glucose levels in the body, but is broken down very quickly so it does not work well when injected as a drug itself. By interfering in the process that breaks down GLP-1, DPP-4 inhibitors allow it to remain active in the body longer, lowering blood glucose levels only when they are elevated. DPP-4 inhibitors do not tend to cause weight gain and tend to have a neutral or positive effect on cholesterol levels. Sitagliptin (Januvia) and saxagliptin (Onglyza) are the two DPP-4 inhibitors currently on the market.

Because the drugs listed above act in different ways to lower blood glucose levels, they may be used together. For example, a biguanide and a sulfonylurea may be used together. Many combinations can be used. Though taking more than one drug can be more costly and can increase the risk of side effects, combining oral medications can improve blood glucose control when taking only a single pill does not have the desired effects. Switching from one single pill to another is not as effective as adding another type of diabetes medicine.