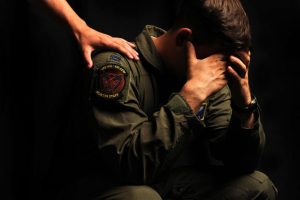 PTSD Treatments Lower Diabetes Risk. Researchers examined medical records for 1,598 veterans who received treatment for PTSD and had regular assessments to rate their symptom severity. At the start of the study period, none of the participants had diabetes, and all of them rated their PTSD symptoms as moderate to severe, with scores of at least 50 on a scale topping out at 85 for the worst cases.

After PTSD Treatments to Lower Diabetes Risk and a two to six years of follow-up, a total of 105 veterans developed diabetes.

Veterans who experienced a meaningful reduction in PTSD symptoms over the first year of PTSD treatment – at least a 20-point drop in symptom severity scores – were 49% less likely to develop diabetes than those who didn’t improve as much.

“Some people consider PTSD a lifelong sentence for poor health, but this study demonstrates this is not the case if PTSD treatment leads to clinically meaningful PTSD symptom reduction or if PTSD symptoms remit spontaneously,” said Jeffrey Scherrer, lead author of the study and a researcher at Saint Louis University School of Medicine and the Harry S. Truman Veterans Administration Medical Center in Columbia, Missouri.

“We hope patients who have not sought treatment would see these results as additional incentive to obtain evidence-based PTSD psychotherapy,” Scherrer said by email.

PTSD has previously been linked to an increased risk of a wide range of health problems include heart disease, autoimmune disorders, sexual dysfunction and type 2 diabetes.

Type 2 diabetes is the most common form of the disease and is typically associated with obesity and aging.

Among veterans who experienced a clinically meaningful reduction in PTSD symptoms over the first year of treatment, 2.6% developed diabetes during the study, compared with 5.9% of patients without that level of improvement in their PTSD, researchers report in JAMA Psychiatry. 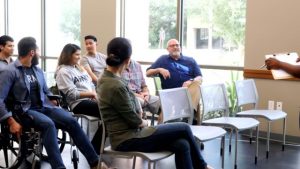 The lowering of diabetes risk with reduced PTSD symptoms was independent of whether people had other risk factors for diabetes like slightly elevated blood sugar or obesity.

The study wasn’t designed to prove whether or how severe PTSD symptoms might lead to diabetes or how reducing PTSD severity might lower the diabetes risk.

One limitation of the study is that it was too small and too brief to draw broad conclusions about whether PTSD treatment might lower the lifetime risk of diabetes, the study team notes. Researchers also lacked data on specific PTSD symptoms veterans experienced because they only had data on the severity scores.

There are several ways that PTSD might lead to diabetes, Scherrer noted.

“Clearly these behaviors are correlated with a dysfunctional stress response,” Scherrer said. “The pathway to diabetes in patients with PTSD is likely due to many correlated factors.”