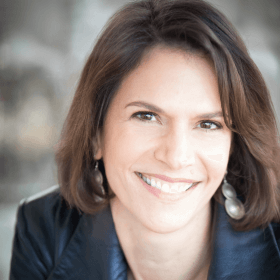 Does Sugar Really Suppress the Immune System? I’m here to help you sort food facts from fiction, separate the good information from the bad, and to make eating healthy just a little bit easier – and a lot saner.

Eating sugar may put your white blood cells into a temporary coma. But there’s a lot more to the story of how sugar affects our immune response.

As you may be aware, we are celebrating a Decade of Diva this year as the Nutrition Diva podcast approaches its tenth anniversary. You might think that after ten years of weekly podcasts, I’ve said just about everything that can be said about nutrition. No danger of that! Our understanding of how food affects our bodies is constantly expanding and evolving. Sometimes, that means modifying or even reversing our positions in light of newer evidence.

That doesn’t mean that nothing can be done to strengthen your bones. For more on what you can do, see:

How sugar affects the body was another topic that I covered in the early years of the Nutrition Diva podcast. In 2010, I enumerated some of the ways that diets high in sugar can negatively impact your health. One of the things I mentioned was that sugar suppresses the immune system.

“When you eat a big dose of sugar like a bottle of Coke or a candy bar,” I wrote,  “you temporarily tamp down your immune system’s ability to respond to challenges. The effect lasts for several hours, so if you eat sweets several times a day, your immune system may be perpetually operating at a distinct disadvantage.” This widely held belief was based largely on research done in the 1970s in which study subjects donated blood before and after consuming a large dose of sugar. The blood was then placed in a petri dish and inoculated with a common strain of bacteria. Under a microscope, researchers could see that after a dose of sugar, certain white blood cells called neutrophils were far less aggressive in gobbling up the bacteria.

It was a vivid demonstration that served as a powerful cautionary tale about the harmful effects of sugar. But it’s striking that in the intervening 50 years, this study was never replicated or built upon. There is no research showing that consuming more sugar makes you more susceptible to colds or flu, for example.

But the immune response is a very complex system. Sending a neutrophil to gobble up an offending pathogen is just one of many different ways that the body defends itself.

There are arms of the immune system that function like beat cops, roaming around and arresting (or gobbling up) suspicious looking characters. But there are other arms that function more like the CIA, surveilling and keeping dossiers on known criminals so that they can be quickly apprehended should they attempt to strike again.

Once identified, our immune system also has many methods for detaining, disarming, or destroying these criminal elements. We can heat them up, beat them up, poison them, dismember them, isolate, immobilize, or deport them.

Different threats activate different arms of the immune system and elicit different responses. To look at a petri dish full of neutrophils in a sugar-induced coma and say that “eating sugar suppresses immune response” is a bit of an over-simplification.

So to look at a petri dish full of neutrophils in a sugar-induced coma and say that “eating sugar suppresses immune response” is a bit of an over-simplification.

A couple of years ago, there was an interesting study done in rats showing that sugar’s effect on the immune response depends on what sort of bug you’re fighting. Consuming sugar seemed to help the animals recover from viral infections but hinder their ability to fight off bacterial ones.

Obviously, there’s a lot more to the story of how sugar affects our immune response. However, we do know that there are many other downsides to over-consuming sugar, everything from weight gain to diabetes to tooth decay.  So, while I think we may have been guilty of over-simplification and over-interpretation of a single, small study, I still think the advice to limit your intake of added sugar is good advice.

But, as I pointed out in my earlier article, there is a potential loophole for those of you with a sweet tooth. Sugar consumed after exercise is taken up very quickly by your just-worked muscles. Plus, exercise sensitizes your cells to the effects of insulin, the exact opposite of the desensitizing effect that chronic sugar intake has. In other words, if you want to enjoy a little treat, use it as your reward after a good workout.