By The Diabetic Friend|Diabetes Articles, Health and Exercise, Suggested Reading| 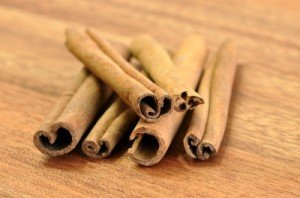 Does Cinnamon Help Diabetes?  Cinnamon comes in two varieties :  Ceylon cinnamon and cassia cinnamon. Cassia cinnamon is the kind most Americans use for baking and cooking. It’s also the variety most researchers have used when they’ve studied cinnamon and diabetes.

Some of this research has shown that cinnamon may lower blood sugar by decreasing insulin resistance. In people with type 2 diabetes, the sugar-lowering hormone insulin does not work as well. This leads to higher blood sugar levels.

In one study, volunteers ate from 1 to 6 grams of cinnamon for 40 days. One gram of ground cinnamon is about half a teaspoon. Researchers found that cinnamon reduced cholesterol by about 18% and blood sugar levels by 24%.

In another study, volunteers ate cinnamon and rice pudding after a meal. These volunteers had reduced blood sugar levels.

In other studies cinnamon did not decrease blood sugar or cholesterol levels.

Is Cinnamon Safe for People With Diabetes?

Cinnamon appears to be safe in those with diabetes. People with liver damage should be careful because large amounts of cinnamon may increase liver problems in these people.

Cinnamon supplements are classified as a food, not a drug. Unlike medications, supplement makers don’t have to prove their products are safe or effective. The FDA, however, can force a supplement from the market if it proves it’s unsafe.

If you do plan on buying a cinnamon supplement, choose brands labeled with a quality seal. These include the NSF International, US Pharmacopeia, or Consumerlab seal. This helps assure that the supplement actually contains the ingredients stated on the label. It also helps guarantee that the product doesn’t contain any contaminants or potentially harmful ingredients.

Does Cinnamon Interact With Other Herbs or Drugs?

Because cinnamon may lower blood sugar levels, exercise caution when combining it with other supplements that lower sugar levels, including:

Taking cinnamon with drugs that affect the liver may increase the risk of liver problems. If you take any medication, talk to your doctor before taking cinnamon.