Whole Grain Foods May Reduce the Chance of Type 2 Diabetes

Whole Grain Foods May Reduce the Chance of Type 2 Diabetes 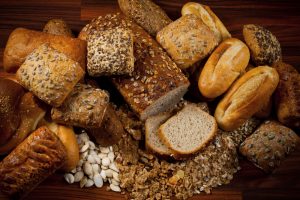 More than 30 million Americans suffer with diabetes, and majority of them have type 2 diabetes, according to the American Diabetes Association (ADA). But there is no cure for diabetes currently, lifestyle changes, diet and medications can only relieve its symptoms and prevent it from worsening. So, knowing how to prevent diabetes is quite important.

A new study published in the Journal of Nutrition reports that eating bread, pasta or cereal made from whole grains may help prevent type 2 diabetes.

The study’s author, Cecilie Kyro, is a post-doctoral researcher at the Danish Cancer Society Research Center in Copenhagen. She said: “Whole grains appear to play an important role in the prevention of type 2 diabetes and choosing whole grains over refined grains is highly recommended.” Besides, she also pointed out that grain foods may help prevent colon cancer and heart disease.

The researchers had done an average 15-year follow-up and analyzed data of 55,000 people in Denmark, from age 50 to 65. They found that about 7,400 people were diagnosed with type 2 diabetes during the past 15 years.

According to their food diaries, the researchers found that for each serving of whole-grain foods per day, the risk of developing type 2 diabetes dropped by 11 percent for men and 7 percent for women.

In men, all whole grains including oats, wheat and rye may lower the risk of diabetes, but only oats and wheat may work for women. That may result from fewer women were involved in the study. The author suggested that both men and women could eat all whole grain foods to prevent diabetes.

However, how whole grain foods help prevent type 2 diabetes is still unknown, and some researchers suggests it may be linked to reduced blood sugar secretion after a meal. More and further studies are needed.
Share