Peyronie’s Disease and the Diabetic

Home/Peyronie’s Disease and the Diabetic

Peyronie’s Disease and the Diabetic

By The Diabetic Friend|Deabetic Health Risks| 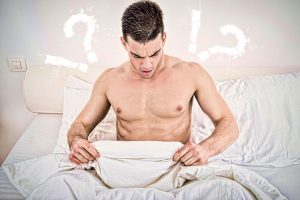 The Relationship Between Diabetes And Peyronie’s Disease

Why Is Diabetes Risk Factor For Peyronie’s Disease?

High blood sugar can cause blood vessels and nerve damage that affects many processes in the body, including sexual response. If the damage occurs in the erectile bodies of the penis, then Peyronie’s disease can develop.

Diabetes not only increases your chances of developing Peyronie’s disease, it can also increase the severity of the disease.

It is therefore important to treat Erectile Dysfunction as soon as possible, i.e. to prevent it to lead to Peyronie’s at later stage. It is also easier to treat erectile dysfunction in the early stages.

How Common Is Erectile Dysfunction In Men With Diabetes?

This Diabetes Guide is beneficial read if you want to know more about how diabetes can lead to erectile dysfunction.

Why Men With Diabetes Should Monitor Their Erectile Health

If you have diabetes, it is important to keep a good track on your erectile health. The sooner you realize there is an erectile problem, the easier it is to do something about it.

Moreover, the sooner you act, the more likely it is that you can stay sexually active and reduce your risk of developing Peyronie’s disease due to insufficient erectile rigidity.

In the UK, the National Institute for Health and Clinical Excellence (NICE) recommends that men with type 2 diabetes are asked about their sexual function at their annual diabetes review. In addition to above reasons, it can be a warning sign of other complications of diabetes, such as heart disease.

Not all men with diabetes will develop erection problems but there is increased risk. Meaning they should monitor their erectile health on regular basis.

Erectile Health Monitors allows you to monitor your erectile health in the privacy and comfort of your own home. It is highly recommended for all men suffering from low quality erections or in risk of developing erectile dysfunction, as men with diabetes are.

The relationship between diabetes and Peyronie’s disease means men with diabetes should be extra vigilant where their erectile rigidity is concerned.