By The Diabetic Friend|Diabetes Articles, Stories From Friends, Suggested Reading|

A bout of low blood sugar during a hard-driving workout prompted the pro athlete-turned-radio star to pay closer attention to his diabetes and his health. 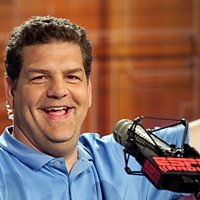 ESPN’s Mike Golic Tackles Low Blood Sugar and Diabetes.  After nine years as a defensive tackle in the NFL, Mike Golic, co-host of the popular ESPN radio show “Mike and Mike in the Morning,” was used to getting through tough workouts. So when he began to feel shaky and dizzy one morning at the gym, he did what he had been trained to do: “The athlete in me came out and said ‘Push through it.'”

But when the shakes and lightheadedness worsened, he finally realized that they could be related to his type 2 diabetes. In fact, Golic was having an episode of low blood sugar, a very common diabetes complication.

“I finally put two and two together,” Golic says. “I didn’t eat breakfast because I’m trying to lose weight — mistake number one. Mistake number two was working out extremely hard.” The dizziness went away once he stopped his workout to eat a snack.

What Is Low Blood Sugar?

Low blood sugar, also known as hypoglycemia, occurs when the amount of glucose in the blood drops too low to sustain normal body function. The problem can result from skipping meals, strenuous workouts (as in Golic’s case), or as a side effect of certain diabetes medications, such as insulin or sulfonylureas and meglitinides, two common classes of oral diabetes drugs. Although anyone can experience a bout of hypoglycemia, people with diabetes are particularly susceptible because their bodies have difficulty regulating blood sugar.

In addition to dizziness and shakiness, other common signs of low blood sugar are ravenous hunger, anxiety, sweating, sleepiness, confusion, and slurred speech. Left untreated, an episode of low blood sugar can have serious consequences, including seizures, coma, or even death. Luckily, low blood sugar can usually be treated by eating or drinking a small amount of some sugar-rich food, like a few pieces of hard candy or a half-cup of fruit juice.

An Athlete Deals With Diabetes

Golic’s hypoglycemia episode was a wakeup call to learn more about caring for his diabetes. Speaking in sports metaphors that come naturally to him, he says, “My new coach is my doctor, and we go over my playbook and my plan. That’s what works for me.”

Diabetes wasn’t always so high on Golic’s radar. Because Golic’s father, now 80, was diagnosed with type 2 diabetes in his forties, Golic was aware that the condition ran in his family. “We knew he had it, but it wasn’t talked about a lot,” he says. But when Golic received his own diagnosis about six years ago during a routine check-up, it was still a bit of a surprise.

For one, he didn’t notice any common diabetes signs — “I didn’t have the tiredness, the frequent urination,” he says. “So when my doctor told me I had it, I was a little shocked.”

In addition to his family history of diabetes, Golic also struggled with weight, another major risk factor (more than 85 percent of people with type 2 diabetes are overweight or obese). In his pro football days, playing for the Houston Oilers, Philadelphia Eagles, and Miami Dolphins, he weighed a fit 300 pounds. But after he retired from the game in 1994, Golic stopped working out and watching his diet: “I kind of ate at the same clip that I ate when I was playing, which certainly led to problems,” he says. “When you’re playing football and training for football, you eat a lot of calories and burn a lot of calories. I did not think [about] what or how I was eating before I was diagnosed.”

Now at age 48, Golic is much more mindful about his health. “You can still lead a great life [with diabetes],” he says. “[But] it has to be a lifestyle change.” He cites granola bars and oatmeal as favorite foods, but he admits to an occasional donut. “You have to be smart about your decisions. You can eat five buffalo wings, not 15.”

He’s also trying to teach his three children (sons Mike Jr. and Jake — both Notre Dame linemen like their dad — and daughter Sydney, a competitive high school swimmer) about healthy eating habits and exercise, hoping that they won’t develop diabetes like their father and grandfather. “The writing may be on the wall for them,” he says, “but hopefully the writing is in pencil and can be erased.”

And Golic wants to reach out to others who may not be aware of the dangers of low blood sugar and the importance of managing diabetes. He’s partnering with the American College of Endocrinology and Merck on the Web site Blood Sugar Basics.

Experts say the best way to avoid low blood sugar is to stick to your diabetes management plan, including checking blood sugar levels regularly. You should also talk to your doctor or diabetes educator if you change your eating or exercise habits, because this may require an adjustment in your medication regimen.

“You need to get checked, you need to have a relationship with your doctor,” says Golic. “I learned the hard way, and I don’t want others to learn the hard way.”
Share