By The Diabetic Friend|Deabetic Health Risks| 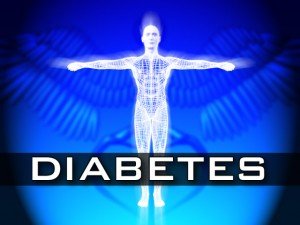 Nearly 10 percent of adults worldwide have diabetes, and new research suggests the rate of new cases is rising rapidly.

Diabetes Rapidly Rising Worldwide.  Over the past three decades, the number of adults with either type 1 or type 2 diabetes worldwide has more than doubled, jumping from 153 million in 1980 to 347 million today. (Type 1 diabetes means the body produces too little or no insulin, while type 2 is linked to excess weight or inactivity.)

About 70 percent of the increase is due to an aging population—since diabetes typically hits in middle age—while the remaining 30 percent is explained by the obesity epidemic, according to a study published Monday in the Lancet. Perplexingly, the incidence rate is rising twice as fast in the United States as it is in Western Europe, though researchers don’t yet understand why. “This is likely to be one of the defining features of global health in the coming decades,” study author Majid Ezzati, an epidemiologist and biostatistician at Imperial College London, told The Washington Post. “There’s simply the magnitude of the problem. And then there’s the fact that unlike high blood pressure and high cholesterol, we don’t really have good treatments for diabetes.”

6 Common Myths and Misconceptions About Diabetes

There are many mistaken beliefs about diabetes. Sue McLaughlin, former president of healthcare and education at the American DiabetesAssociation, offered her opinion of what she says are the six most common myths and misconceptions about diabetes, based on an ADA survey of more than 2,000 Americans released in 2009.1. Diabetes is not that serious. In fact, diabetes causes more deaths than breast cancer and HIV/AIDS combined, McLaughlin says. Still, people with type 2 diabetes—the most common form of the disease—may go a long while, even years, before being diagnosed because they may downplay their symptoms or write them off to other causes. So if you are making frequent trips to the bathroom at night; experience extreme thirst, overwhelming fatigue, or blurry vision; or notice that you keep getting infections, ask your doctor to test you for diabetes. An early diagnosis can help ward off complications.2. Eating too much sugar causes diabetes. “Certainly, anybody will benefit from eating less sugar…because it is not a nutrient-dense ingredient,” McLaughlin says. That said, simply eating too much sugar does not cause diabetes.3. Being overweight causes diabetes. Just because a person gains weight doesn’t mean she’s going to get type 2 diabetes. Having a body mass index over 25 is just one of several risk factors for diabetes, but there are many overweight people who don’t ever get the disease, McLaughlin says. Still, being obese—having a body mass index of 30 or more—is considered to be a major risk factor, and the increase seen in diabetes diagnoses has coincided with a dramatic increase in obesity in the United States, according to the CDC.Other risk factors for diabetes include being older than 45, a lack of regular physical activity, or a family history of diabetes. You’re also at risk if you have high blood pressure, high cholesterol, polycystic ovary syndrome, metabolic syndrome, or acanthosis nigricans (a condition that causes dark, thickened skin around the armpits or the neck). Having suffered from gestational diabetes during pregnancy or given birth to a baby weighing more than 9 pounds also raises the risk of the disease. And African-Americans, Hispanic Americans, Asian-Americans, and American Indians are at higher risk than are Caucasians.

4. Having diabetes means you must eat foods that are different from everyone else’s. People with diabetes don’t need to follow a restricted diet but instead should try to follow the same healthful eating guidelines as everyone else, including choosing foods that are lower in fat, higher in nutrients, and contain an appropriate amount of calories, McLaughlin says. “Everyone needs to be eating healthier. And if you haven’t followed healthy eating habits before now, [a diagnosis] is a good wake-up call to make positive changes,” she says.

5. A diabetes diagnosis means you automatically need insulin. That’s the case with type 1 diabetes but not with type 2 diabetes. In some cases, proper diet, exercise, and oral medications, if needed, can keep type 2 diabetes under control for some time before insulin becomes necessary, McLaughlin says. The key is to make a lifestyle change. That means no smoking, more healthful eating habits, and regular exercise.

6. Only older people get diabetes. These days, children as young as age 5 are being diagnosed with type 2 diabetes, McLaughlin says. That’s a big change from 20 or 30 years ago. When a child or adolescent was diagnosed back then, she says, “you could be almost 100 percent sure that he or she had type 1,” which is also known as insulin-dependent diabetes or juvenile diabetes. Not anymore. To help prevent diabetes in children, parents should try to encourage good habits for the entire family. That means less video game and TV time, more physical activity, less junk food, and smaller portions.

Are You Diabetic? 6 Tips That Will Help Keep You Out of the Hospital

Diabetes-related complications are among the most common reasons for hospitalization, according to a recent study in the Journal of Women’s Health. Researchers found that in 2006, for example, diabetics hospitalized because of congestive heart failure accounted for more than 1 in every 16 discharges; diabetics with pneumonia made up another 1 in 26. Moreover, the overall rate of hospital admissions for diabetics is rising—up more than 65 percent between 1993 and 2006. And it will climb even faster if the Centers for Disease Control and Prevention’s recent estimate that as many as 1 in 3 Americans, up from 1 in 10 now, will have type 1 or type 2 diabetes by 2050 holds up. For those who already have the disease, though, there is hope, U.S. News’s Kurtis Hiatt reported in October 2010. Some of these tips may help keep you healthy­—and out of the hospital:[box]Do a daily foot check. “Keeping good watch over your feet is an important aspect of good diabetes care,” says Joyce Lee, a coauthor of the Women’s Health study and assistant professor in the department of pediatrics and communicable diseases at the University of Michigan Hospitals and Health Centers. A high blood glucose level can cause nerve damage in the feet, and you might not feel a cut, scrape, or blister that could be the start of a deep skin infection. Data from the study indicates that young men are especially prone to such ulcerations. Applying lotion regularly and drinking lots of water can keep skin on the feet—and the rest of the body—from becoming dry and cracked, advises the National Diabetes Information Clearinghouse.[/box][box]Coddle teeth and gums. Diabetics run an increased risk of tooth decay, inflamed gums, and gum disease because the condition increases vulnerability to bacterial infections and hampers the ability to fight them. Periodontitis, an especially severe infection that destroys gum tissue and the bone that holds teeth in place, also complicates a diabetic’s life by raising blood sugar levels when hormones are released by the immune system to battle the infection, warns the American Diabetes Association. Brushing after every meal, or at least twice a day, and flossing once a day is crucial, according to the NDIC.[/box][box]Go easy on salt. Sodium and high blood pressure go hand in hand, and high blood pressure multiplies a diabetic’s already elevated risk of cardiovascular and kidney diseases, says Om Ganda, director of the lipid clinic at the Joslin Diabetes Center in Boston. The landmark DASH study by researchers at the National Heart, Lung, and Blood Institute of the National Institutes of Health, published in 2001 in the New England Journal of Medicine, showed that cutting down on salt dramatically reduced blood pressure even in those on a healthy diet rich in veggies, fruit, and low-fat dairy­. The American Heart Association says that 1,500 milligrams of salt—about two-thirds of a teaspoon—should be the daily limit; the average American consumes two to three times as much. Cutting back on salt isn’t just a matter of reaching for the shaker less often, unfortunately. Prepared foods tend to be salt-heavy: One large fast-food taco or egg-and-sausage biscuit has close to the AHA’s recommended limit. Even unlikely suspects such as a half cup of low-fat cottage cheese or a smallish cinnamon-raisin bagel will kick in almost a third of the recommended total. For diabetics, zeroing in on the number next to sodium on nutritional labels is a survival skill.[/box]

[box]Ditch the butter—go for olive oil. Switching can make a marked impact on cholesterol, especially for those who have trouble reducing overall fat intake, says Ganda. The saturated fat in butter raises blood cholesterol and the risk of cardiovascular problems; olive oil is a monounsaturated fat that can reduce bad cholesterol. A diet heavy in olive oil may even bring down the chance of developing diabetes. A study published this month in Diabetes Care tracked 418 non-diabetic Spanish adults over four years who ate either a traditional Mediterranean diet rich in olive oil, their normal Mediterranean diet supplemented with fat from nuts, or a low-fat diet. By the end, between 10 and 11 percent of those in the two Mediterranean groups had developed diabetes compared with 18 percent in the low-fat group.[/box]

[box]Kick the habit. Smoking is a major factor in atherosclerosis, which frequently puts diabetics in the hospital when an artery becomes blocked and causes a heart attack, stroke, or other vascular problem. Smoking also raises blood pressure and cholesterol. And a diabetic who smokes has a greater risk of pneumonia and of having a worse case.[/box]

[box]Fend off depression. “This is a chronic illness where patients are reminded daily they have diabetes,” says Tom Donner, acting director of the Johns Hopkins Diabetes Center. “That’s a taxing burden.” Depression is dangerous for diabetics because it can make them feel as if they have no control over their illness, says Robert Rizza, executive dean of research and a diabetes specialist at the Mayo Clinic in Rochester, Minn. That may make them feel so helpless they might not stick to their medications or show up for doctor visits. Yoga or meditation can reduce the stress, and a special interest or activity—a book club, fantasy football, birdwatching—can let you again take pleasure from life, making your disease more manageable.[/box]