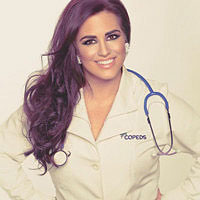 I recently read an article by Heather MacDonald entitled “Public Health Quackery” that has not left my thoughts since. The truth in regards to what determines health is being argued in the article.

Traditional Science Vs. Public Health Quackery: Does Health Lose?  At the heart of the article, MacDonald seeks to contrast the traditional science approach with the miasmatician approach to the fundamental question of the role of individual behaviors vs. socioeconomics on the determinants of health. MacDonald summarizes the miasmaticians’ beliefs of health determinants as being exclusively influenced by socioeconomics thereby dismissing any and all influences on health by individual behaviors.

Her primary argument in favor of the traditional science belief in individual behaviors as determinants of health is as follows: Traditional science bases assumptions of truth on data that is valid by scientific standards vs. miasmaticians’ assumptions of truth from biased, “flimsy” data. In other words, “quacky” ideas come from “quacky” data thus are not likely to be true.

Furthermore, she also states historical examples from public health pioneers who focused on individual behaviors as determinants of health but who also acknowledged the influence of socioeconomic factors. By pointing out major social successes created by public health pioneers who embraced the doctrine of individual behaviors AND the influence of social factors on health, she suggests that the future of public health should continue to include this doctrine so as to allow for continued and necessary social changes.

In contrast, MacDonald alludes to the miasmaticians’ assumption that these historical successes cannot be interpreted due to the social repression of the era. Therefore, the miasmaticians’ incorrectly conclude that the historical focus on individual behaviors as determinants of health is incorrect and that the truth lies exclusively in socioeconomic factors. Specific examples of her two primary arguments are summarized as follows:

MacDonald makes a strong point in reference to the miasmaticians’ biased interpretation of data when she cites the assumptions made in the June 1998 JAMA publication by the University of Michigan professors on whether smoking, drinking, sedentariness, and obesity explain the discrepancies in mortality amongst the rich and the poor. Given that theses variables did not show statistical significance in explaining all differences, the researchers extrapolated their results to conclude more than the study was initially designed to address by concluding that racism, classism, and other phenomena were related to social distribution of power and resources.

In contrast, the rigor of traditional science seeks to define truth by proving or disproving a hypothesis. In the case of the above paper, the social variables studied could not explain ALL factors of increased mortality amongst the poor as originally hypothesized.  Therefore, according to the traditional science approach, the null hypothesis must be true, thus making the radical assumptions and conclusions made by these miasmatician researchers their own opinions of the truth rather than the truth itself.

MacDonald suggests that miasmaticians have a biased and nonfactual interpretation of history that enables them from seeking the truth. She alludes to the miasmaticians’ belief in the Reagan administration’s role in the victimization of the poor as the cause of AIDS rather than individual behavior as a cavalier example of their extrapolation of truth from history.

Furthermore, MacDonald argues that the miasmaticians’ contempt for traditional science stems from their charge of the historical and current widespread “racism and sexism in medical school.” Therefore, miasmaticians are unable to acknowledge or learn from the traditional science-based successes of public health pioneers such as those sanitarians who improved overall health in the 1800s by recognition of the contributions of individual behaviors as well as social and engineering factors to health.

I am in agreement with MacDonald’s opinion about the validity of traditional science to find the truth. Given that “perception is reality,” the miasmaticians’ “perceptions” of the truth and even my own “perceptions” of the truth may not be the truth. Traditional science seeks to overcome “perceptions” by the rigor of the scientific process. For example, although many thought that the world was flat, it was eventually proven to be round. Perhaps the miasmaticians’ “quackery” weakens the overall public health mission which seeks to find the truth of disease causation and to thereby prevent it.

During this heated election season and what looks to be a bumpy road ahead for true healthcare reform progress, I think it’s important to frame all health questions with a scientific mindset so that the truth of our health as a nation doesn’t lose.